The Corsokoepel is a joint initiative of all Dutch flower, fruit and allegoric parades in the Netherlands. About Thirty in total spread throughout the country.

There are a lot of similarities between the parades and they face similar issues. As the parades are all finding their own solutions and opportunities it is a great opportunity to share that knowledge. We can learn from each other: health & safety issues, ways to involve and interest children and young adults, insurances and so on.

Currently there are nine parades on the  Dutch inventory for intangible cultural heritage. These parades have all created their own heritage care plan. The content of these plans will be shared among the parades so they may also benefit from it.

In addition one of the larger parades organizes the annual corso parade, with workshops and lectures on float building and parade organization.

2. A mouthpeace to the Dutch corso culture

Flower parades are all over the world, but the specific corso culture is nowhere as strong as in the Netherlands. A fact unknown to society, even within the Netherlands. Media may cover one parade, or one individual story, but it is a tradition that is supported by many volunteers and visitors.

The corso culture is an important part of the dutch identity.

3. Nomination of the corso culture as intangible cultural heritage.

We feel that corso’s as intangible cultural heritage are extremely valuable. And that they are a textbook example of intangible heritage as described in the 2003 Unesco convention for the safeguarding of the intangible cultural heritage. Intangible heritage bonds people and generations and it creates social cohesion. We want to protect and strengthen this tradition and advocate for a nomination on the International Representative List of the Intangible Cultural Heritage of Humanity of UNESCO. In cooperation with the Kenniscentrum Immaterieel Erfgoed Nederland we strive for the Dutch government to nominate the corso culture for this list.

The Corsokoepel association (stichting) was officially founded during the fourth corso congress in Lichtenvoorde on may 26th 2018. The cooperation between the parades exists much longer.

The Netherlands officially recognized the UNESCO-convention for intangible cultural heritage in 2012, Corso Zundert appeared in oktober 2012 as the first Dutch tradition on the national inventory. Within a year Eelde, Vollenhove, Tiel, Valkenswaard, Lichtenvoorde and St. Jansklooster also enlisted. Drogeham, Giethoorn, Winterswijk followed in the next years.

As of 2012 the cooperation between the parades, until that point mainly around the flower trade and judging, evolved. With the corso congress as an important event. As of 2018 the cooperation was formalized in an association, involving both the parades on the national inventory and the ones that chose not to register.

The board of Stichting Corsokoepel: 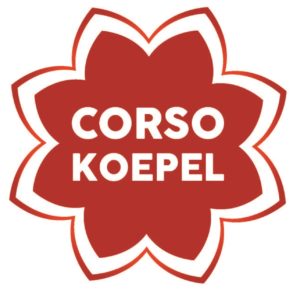